I have a very special visitor staying with me for the next couple of weeks - I’ve been sent Sojourner, a Daedalus Sparrow e-spinner, to try out as part of the Daedalus Sparrow Migration Program.  The organisers of the project are likening it to The Travelling Gnome - the practice of stealing a garden gnome and then sending the owners ‘holiday shots’ of it in front of tourist attractions around the world.
I’m intending to spend most of the precious time I have with the Sparrow, getting acquainted and spinning with her, but I also wanted to show her the sights of my small, unassuming hometown of Melton Mowbray.
First though, Sojourner got to meet my resident furry pets.
---
If you ask anyone in the UK what Melton Mowbray is famous for, they will almost certainly reply with - “Pork Pies!” 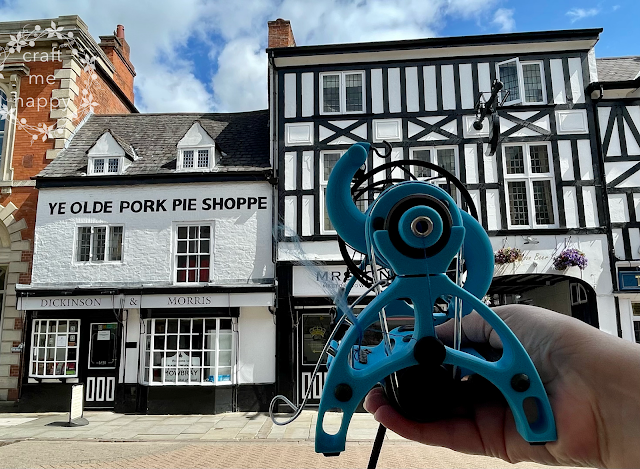 So, of course, I had to show her the famous Dickinson & Morris, “Ye Olde Pork Pie Shoppe”. They’ve been baking pork pies in Melton Mowbray since 1851. We didn’t go inside though as Sojourner and I are both vegetarian, but I’m told that they’re very nice, apparently.
If however, you ask anyone living in Melton Mowbray what the most interesting tourist attraction is, they’ll probably first look at you quizzically, wondering why you’re looking for tourist attractions in Melton Mowbray, and then remember that there’s a two-headed calf in the local museum. 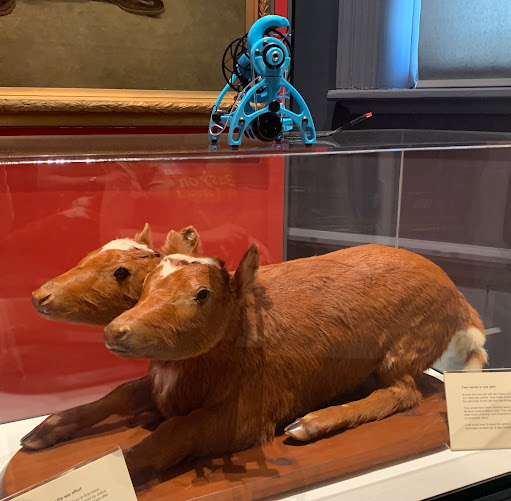 Forget pork pies… These female conjoined twin calves were born at Braunston, Rutland in around 1900. They lived only a few hours after birth but were preserved by the vet that delivered them and they were later donated to the museum in 1981.  Melton Mowbray Museum is extremely well looked after and there are many other beautiful displays that celebrate the town’s history and heritage, but this is definitely the most popular exhibit there. 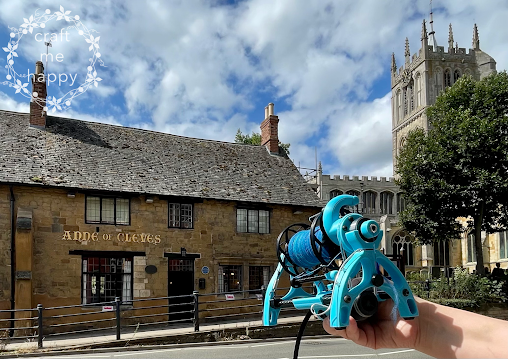 Next, I took Sojourner down to the pub.  This is the Anne of Cleves and it dates back to 1384.  It’s named after Henry VIII’s fourth wife, as she received it in her divorce settlement from Henry VIII.
It originally belonged to St. Mary’s Church, but was claimed by the monarch during his tirade against the Catholic Church.  Thomas Cromwell, (the man that suggested that Henry VIII should marry Anne of Cleves) lived here briefly, but he fell from favour and was later executed when Anne didn’t turn out to be quite so beautiful as her portrait portrayed… 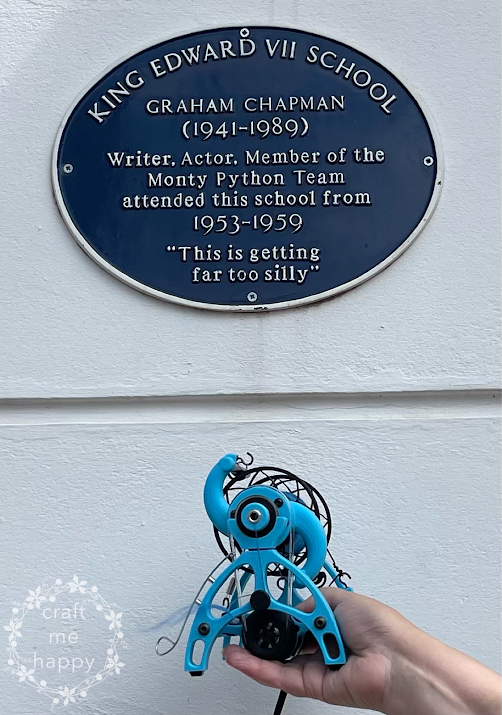 Sojourner and I also went to pay homage to Melton Mowbray’s funniest, historical resident - Graham Chapman.  The Monte Python comedian, writer, actor, and author grew up and went to school here and this blue plaque is on the wall of what was once the old grammar school that he attended. 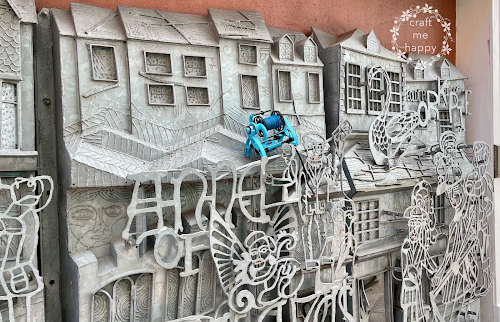 Here’s the most modern stop on our tour of Melton town centre.  The King Street metal sculpture celebrates some of the history of the town.
Incidentally, Melton Mowbray was mentioned in the 1086 Domesday Book and there has been a Tuesday market here for over 1000 years.  Town members also claim that the phrase, “Paint the town red” originated here, after the Marquis of Waterford and a group of friends ran riot in the town, painting the toll-bar and several buildings red back in 1837.  Whether this is the true origin of the phrase is however, slightly debatable… 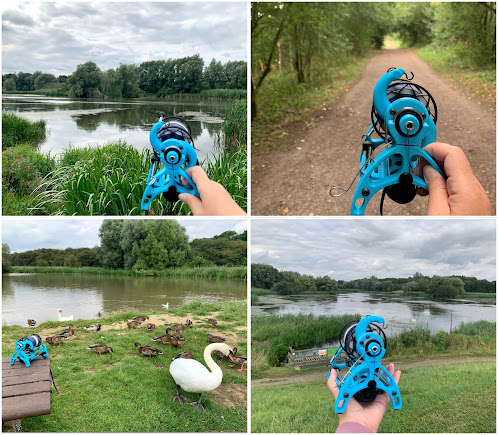 I am extremely fortunate to live next door to the top, Tripadvisor-rated attraction in Melton Mowbray - Melton Country Park.  I frequently walk around here with my knitting or Turkish spindle, so I thought it only fitting to take Sojourner for a walk, with my daughter, to feed the ducks and swans. 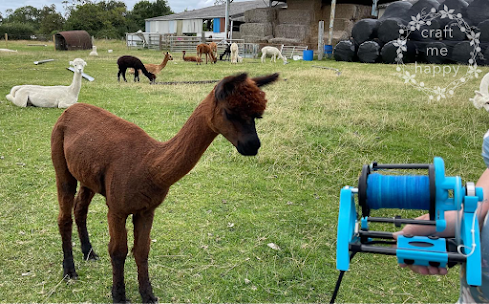 Phew! After our walking tour around my hometown, it was lovely to take a break in the countryside just outside Melton Mowbray.  I made a date with Grange Alpacas to buy some Alpaca fleece and hopefully take a picture of Sojourner with an alpaca. 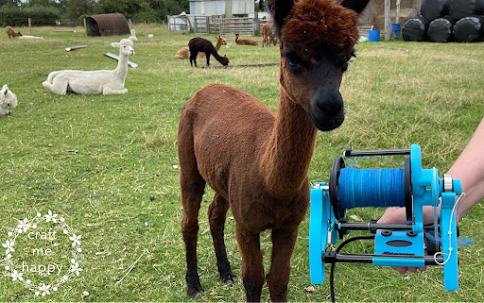 Without any prompting at all, Ruby came over to say hello and admire the Daedalus Sparrow.  I bought some incredibly soft white alpaca fleece while I was there and hopefully, if I get it washed and prepped in time, I’ll spin a little of it on Sojourner before I have to send her on her way.
I’ll be very, very sad to see her go.
----------